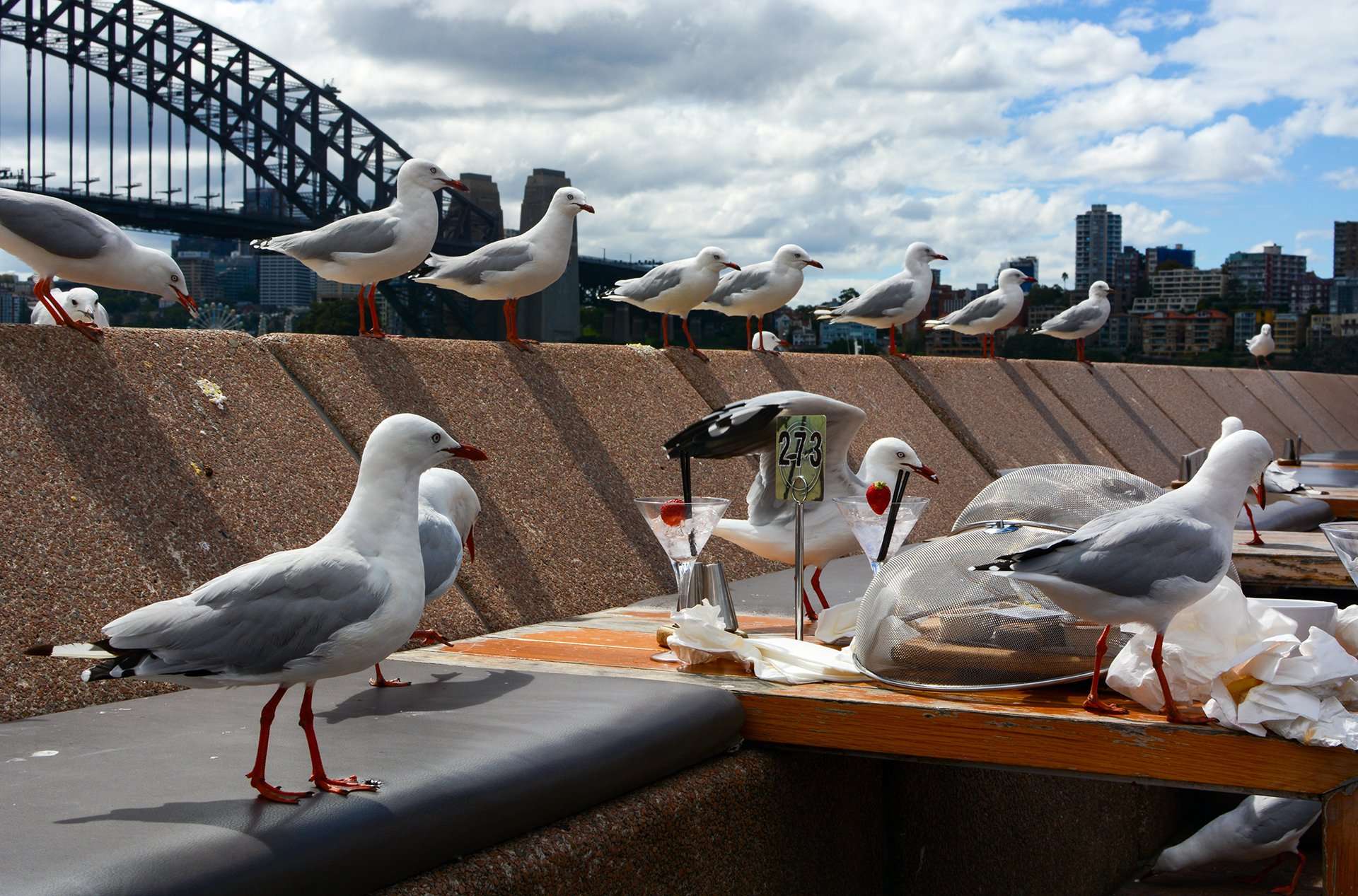 Posted in Nuisance Birds, and Pests

Most people like birds. In a residential setting we even build houses, baths, and feeders to attract them. In return, they eat and control insect populations like mosquitoes and flies.  You may however view some birds differently in a commercial setting. When they gather at restaurants, markets, airports, plaza’s, box stores or other commercial buildings they can become not just a nuisance but also a hazard.

Bird droppings in large numbers are not pretty, very unsightly, and really detract from a business’ appearance. Worse, it is a source of bacteria, disease, and is corrosive on many surfaces. Some birds carry parasites like fleas, mites, and ticks, and can transmit diseases both to humans and livestock. Pigeon excrement commonly contains a fungal disease called histoplasmosis or cryptococcosis, which can be especially dangerous to people who have weakened immune systems. As well, nests sometimes block HVAC vents which can cause carbon monoxide or fire hazards. Some commercial buildings have also had drainage issues and flooding because of bird nests in plumbing pipes.

Sentinel Pest Control based in Kitchener-Waterloo can provide products which discourage birds from gathering where they are not wanted. Netting or spike strips can be strategically positioned to deter or prevent birds from landing and nesting. Sound can also be used to mimic predators and scare some types of birds away usually in agricultural settings. Or, if necessary, birds can be trapped and relocated to a more suitable area.

Birds Common to Our Area

There are 491 species of birds in South-West Ontario. The majority of them thrive in cities and among human populations. They will often nest close to a water source. Birds eat fruits, seeds, grains, and insects. When mooching off humans they like bread, popcorn, peanuts, cake, and some things we discard. On farms, pest birds target crops and livestock feed.

Gulls and Canada geese have different preferences. Gulls will feed on fish, rodents, and dead animals, while geese eat plants like clover and grass. Take away their water and food source and you may solve your problem. Although, some species will travel great distances for these necessities.

Most birds in Canada are protected under provincial and territorial statute in addition to the federal Migratory Birds Convention Act of 1994. While netting, spike strips, noise devices, and visual scare tactics may be valid options, often only a professional, licensed pest control service can meet the regulatory standards required when it comes to removing and keeping away pest birds.

Call Sentinel Pest Control to take care of the problem legally and effectively.

Read about how birds can be controlled with Optical Gel.